For those of our family not on Facebook, thought I’d post the remainder of our Sunday activities here. These were from Jesse…
He was concerned when he left Asher with Selah & I, and he returned with a pink feather crown:

Yeah, so we originally thought we were low on boy clothes…turns out we’re low on boy toys as well! ;). Not that we’re pushing him to like only trucks & army figures & construction (I’d like to keep things as gender-neutral as possible as an example that boys & girls can BOTH do anything!)…but poor guy is literally surrounded with princesses & fairies – which we did NOT push on Selah, rather, she pushed it on us!

And Sunday night dinner & a movie was pretty cute as Selah just wanted to sit with “baby brother” instead of mom & dad ;). Peter Pan was the flick of choice:

A bath & kiss from Dad make it all complete: 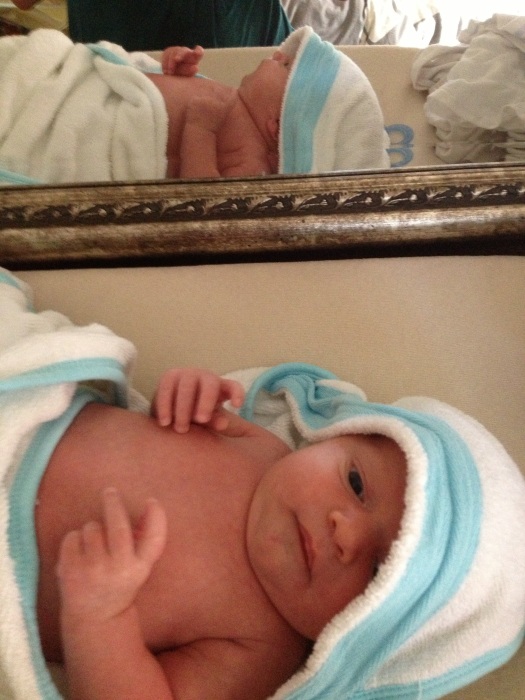